Reed, of Twinsburg Girl Scout Troop 90452, had requirements to complete prior to even beginning her Gold Project. Among those were the completion of one Girl Scout Journey and Silver Award as a Cadette Girl Scout and one Journey Award as a Senior Girl Scout. She then had to gain approval from Girl Scouts of Northeast Ohio to proceed with her Gold Service Project, which had to be sustainable and include at least 80 hours of service for the benefit of her community.

For her Gold Project, Reed organized and completed renovations at the Liberty Park Meadow Trail behind the Old Stone House. This included making minor repairs and painting the look-out and a bench along the trail with inviting colors and graphics that complemented the surrounding landscape. Reed also painted and replaced eight display posts along the trail. Now the visitors of the Liberty Park Meadow Trail have a fresh place to rest and observe their surroundings along the trail.

Reed met with Twinsburg Naturalist Stanley Stine in 2017. With his approval, she was able to make plans for her project. She conducted a car wash to raise funds for supplies. She recruited and lead a team of volunteers to complete the tasks towards her goal. In September 2018, she completed her Gold Project.

The final step is to successfully complete a Gold Project review with GSNEO. In November 2018, Reed passed her review was awarded her Girl Scout Gold.

Reed has been a Girl Scout for 10 years, earning all three of the Girl Scout High Awards: The Bronze, The Silver and The Gold Award. She is also a member of Twinsburg Venture Crew 4929. She has been on staff at Camp Manatoc Boy Scout Camp for the past three summers. This past summer she was a Nature Center Counselor.

She has played trombone in the Twinsburg Tiger Band since freshman year and was the drum major this year. She is also a member of Twinsburg Jazz Ensemble. She has run cross country and track in high school as well.

After high school, Reed will attend Kent State University. She will major in environmental conservation biology with a minor in park management. 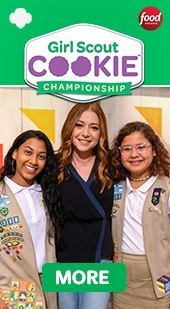