When Elizabeth was a passenger in a car with her mother driving, their car was suddenly hit on the driver’s side by another car. As her mother was on the side of the car that was hit, she was unable to move as the car started to fill with smoke and the airbags deployed. While her mother was unable to move from the car or hardly able to see from the smoke filling the air, she saw her daughter exit the car, get a bearing on the situation, and then felt Elizabeth pull her from the wrecked car through the passenger door.

As Elizabeth pulled her mother to safety away from the scene, she was ensuring the “Check, Call, Care” steps she’d learned were being followed. She checked the scene of the accident and made sure her mother was safe, called 911 and her father, and cared for her mother once the EMS were on their way.

“[Elizabeth] spoke with the other driver, sharing information and getting information in return and then spoke with her father as he arrived just prior to our departure for the hospital. She handled everything on her own.” Recalls Elizabeth’s mother. “She never cried and remained calm and in control.”

Elizabeth stopped, thought out her plan using what she and her mom had learned in Girl Scouts, and sprang into action. She was able to pull her mother to safety and attend to what needed to be done – calling EMS and her father, finding out their exact location, exchanging insurance information with the other driver, ensuring her mother didn’t drink or eat anything as instructed by paramedics – all because of her composure and knowledge about what to do.

“Elizabeth’s extraordinary courage, incredible confidence, and willingness to take decisive action in the midst of an emergency saved her mother,” said Jane Christyson, CEO of Girl Scouts of North East Ohio (GSNEO). “At Girl Scouts, we strive to help girls develop the skills to improve their own lives and the world around them, and by putting her training into action, Elizabeth serves as a shining example for Girl Scouts everywhere as a testament to the highest principles of the Girl Scout Promise and Law.”

Girl Scouts have been honored since 1913 for meritorious deeds that have helped save lives. Training in health and safety is a part of the Girl Scout program. A Girl Scout, because of the Promise and Law to which she has subscribed, is expected to be resourceful, skilled, and competent – to have presence of mind and to be of service to others. Each situation has many unique factors, and many things are taken into consideration for determining if an act is of unusual bravery beyond that which is expected of a Girl Scout.

Since its inception, GSUSA has continued to award this honor to girls. From 1998-2020, GSUSA has bestowed this honor on more than 500 Girl Scouts and GSNEO has had the pleasure to recognize 12 of our very own girls with this national honor. Today, we add another Girl Scout to its ranks. 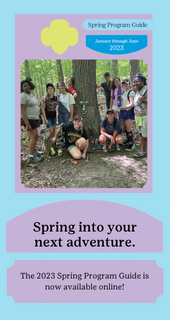 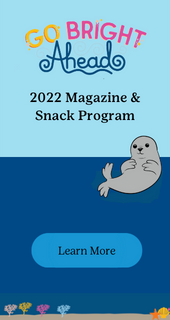